Gillian Allnutt Gillian Allnutt is an English poet and recipient of the Queen’s Gold Medal for Poetry 2016. She is author of nine poetry collections, including Lintel (2001), How the Bicycle Shone (2007) and wake (2018). Gillian has been working with Hearing the Voice since 2016, and produced five poems in response to themes explored by Hearing Voices: Suffering, inspiration and the everyday. She is currently completing a new collection of poems that reflect her engagement with the project.

Gillian Allnut © Phyllis Christopher
LISTEN Listen to the recordings below to hear Gillian Allnutt read new poetry inspired by the exhibition and her work with Hearing the Voice.
Eliza Bowes

Though they say she was not, I imagine her quiet.
<br />
As a clean petticoat or placket.
<br />
As the dry aqueduct
of the heart.
<br />
Polite.
<br />
Less so the warders – those whose words
authoritative, swart
abducted her aloud.
<br />
An imbecile of moderate grade.
<br />
I imagine her safe in the silence of retreat
in the soft restraint shirt
they put on her.
<br />
Look at the swathe of it.
<br />
Look at the sleeves, sewn shut.
<br />
In which her own hands must have faltered, felt for one another, fallen quiet.
Each in its holt alone and lithe.

Eliza Bowes – an 18 year old girl from Houghton-le-Spring – was committed to the Winterton Hospital, Durham’s county asylum on 18 August 1914. On her admission, she was described as a ‘moderate grade imbecile’ and noted to be noisy, restless, and continually crying. Eliza was hearing voices, which were calling her names. She also had epileptic fits, which became more frequent over time. Eliza died at Winterton on 2 October 1915, from pneumonia.
In a reaction against increasingly harsh and restraint-led methods of managing patients in asylums, there was a move towards moral treatment during the nineteenth century. Strait jackets were often replaced with ‘strong clothing’, like this shirt. Such garments allowed movement but were thick, padded, and heavy whilst also enclosing the hands within the sleeves. In 1888, George Savage said of the use of strong clothing in Bethlem Asylum, of which he was superintendent: ‘The limbs are all free to move, but the hands are enclosed in the extremities of the dress, which are padded … There are no strait-waistcoats, handcuffs, or what may be called true instruments of restraint in Bethlem.’ 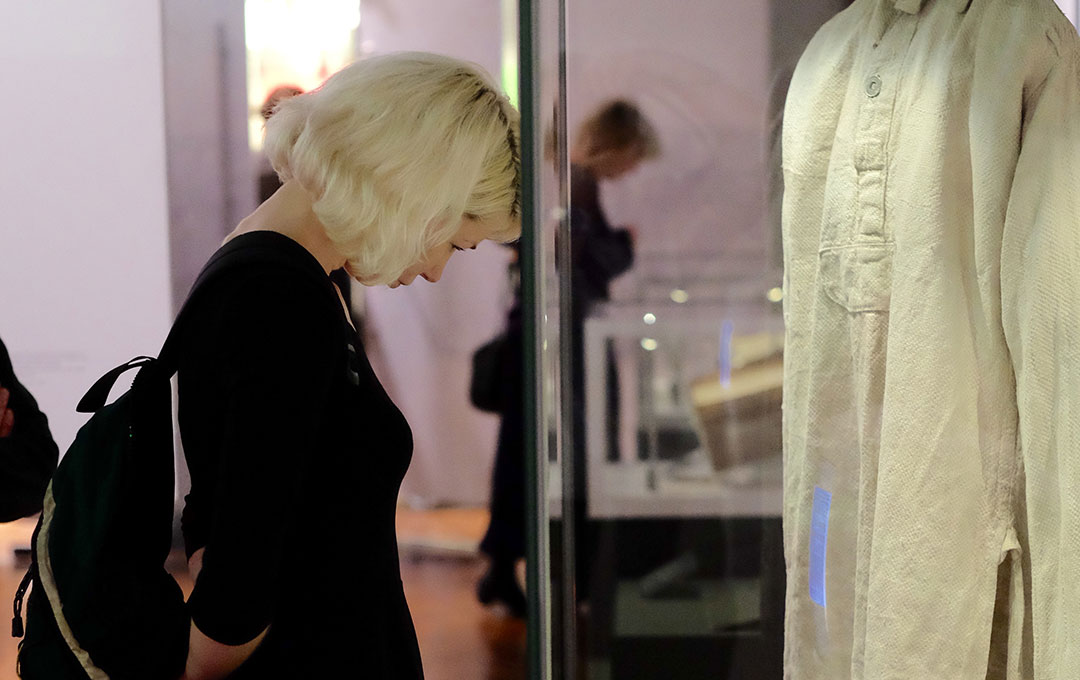