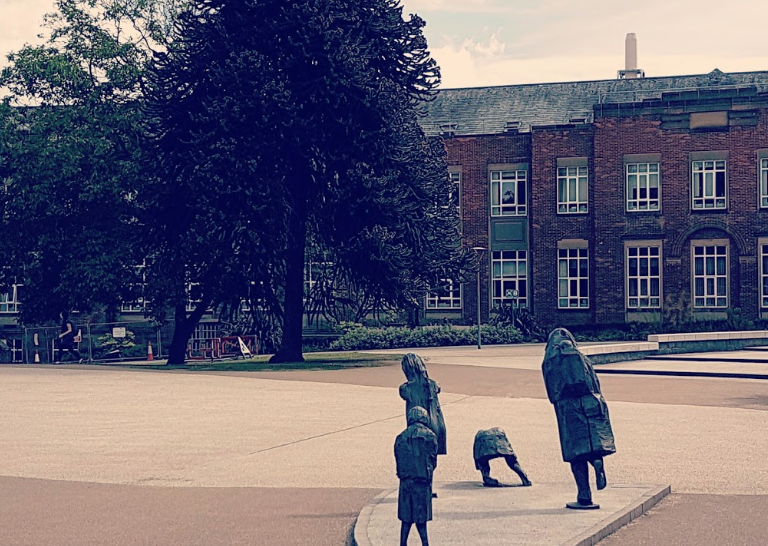 Oh Dame Edith French, what are you doing? Why stand in the snow outside the Bill Bryson library?

What will she do then?

Oh Dame Edith French, what are you doing?

She’s walking, walking, for midnight has gone and the snow falls upon her as she takes out her phone to ring Pattie Jones.

With just enough charge to make just one call she dials Pattie’s number. It rings and it rings until answered at last. By a voice she’s not heard before.

“No matter what” says the voice, “always help someone even if you don’t like them”

“Who is this?” Edith asks. The river slows to hear the answer

“I know what you did” is the answer from the voice that now sounds like her mother. But is it really her? Does Dame Edith want it to be her?

“Are you my imagination?” Edith asks.

“Are you my mother?”

“Yes. And I know what you did”

“You shot his dog”

The voice of her mother, dead some years, still finding fault, now falls silent as Dame Edith French turns on her heel

Walks back whence she came. Watched by Pattie. Who wonders why