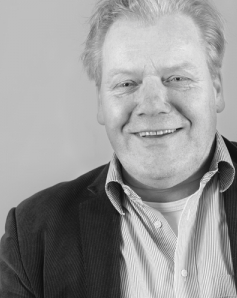 Dirk Corstens is a social psychiatrist and psychotherapist and has been a key collaborator in Marius Romme and Sandra Escher’s Hearing Voices project at the University of Maastricht, Netherlands, since 1992. He was Chair of the Intervoice Board between 2009 and 2016 during which period hearing voices work was established in 11 new countries. During his work and research, Dirk discovered that many people who hear challenging voices found that a turning point in coping with the experience is finding different ways of talking with and understanding them. Exploring the voice’s motives and discovering different ways of relating to them can help change the relationship between the voice-hearer and their voices.

Psychiatry treats hearing voices pathologically, and honestly that’s the main problem. Hearing voices is normal. It’s a common human variation. It’s like homosexuality, or dyslexia, or left-handedness. My father-in-law was left-handed and he was forced to write with his right hand. I think it’s similar. Hearing voices can be very difficult if you can’t accept it. You can become mad from voices, but voices by themselves are not the madness.